Which is the lowest whole number, when spelt out, is in correct alphabetical order?   ...   How many James Bond movie titles have just one word in the title?   ...   Which movie was released as 'Vaselina' in Venezuela?   ...   How many "c's" denote the value of a diamond?   ...   What is 'felicide'?   ...   According to Tina Turner, what is the speed limit in Nutbush?   ...   What animal linked name describes someone who always gets blamed?
Get the answer here!
Menu
Daily Trivia!

Legends Trivia is an Australian based company that has been running trivia functions for over 10 years. It was originally named 'Legends' because of the company's association with a number of Australian sporting Legends.

In 2004 the company expanded internationally with operations in America, the UK and New Zealand. It employs a team of question writers from all over the world to ensure that its trivia packages contain the best questions possible for each region in which it operates.

The chief writer and researcher of Legends Trivia's questions is Mark Braybrook. He has been writing trivia questions for over ten years, originally in radio but then for pubs, clubs and trivia functions.

In the past 15 years Mark has covered 4 Summer Olympics. He currently works for Fox Sports where is a commentator for Rugby League. He also hosts a number of speaking engagements including special sports awards and fundraisers. 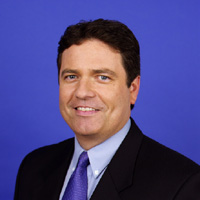